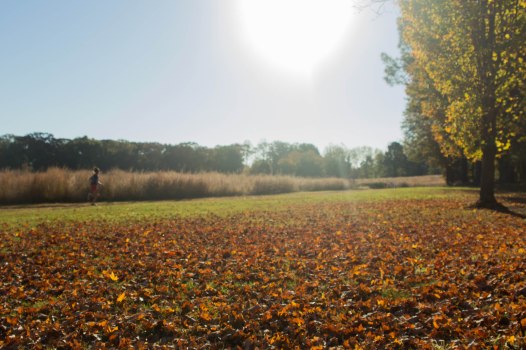 The Downtown Winston-Salem Bike Patrol is currently soliciting donations of gently used blankets, caps and gloves for the homeless. You can drop off your donations at The Other Half Gallery.

Heads up! Crafted: The Art of the Taco is now open on Liberty Street – and you can pop in tonight until 11p. Check their menu here.

If you haven’t already, be sure to check out Kleur’s gorgeous new space in the Big Winston Warehouse. And maybe register for an upcoming workshop here!

@ Yoga Gallery of Healing Arts
>> Group Primal Sounds Session
Get grounded for the weekend with this pay-what-you-can group primal sounds session tonight at Yoga Gallery. Participants will be enveloped by a stream of freeform “root” sounds from indigenous instruments from around the world. Their vibrations will allow you to enter a restful, right-brain state of awareness, similar to meditation, and to go deep within. As the sounds reverberate throughout your muscular and cellular body, they will help you access and repattern the stress and trauma that may be contributing to current problems.  Read on for more soothing details.
(7p // pay-what-you-can / $10 suggested donation)

@ Hanesbrands Theater
>> RiverRun Retro: An Evening with Millie Perkins
RiverRun Retro is a new year-round initiative of RiverRun International Film Festival spotlighting individuals and films that have contributed to the cultural and commercial fabric of motion pictures. By bringing in special guests to discuss their careers, RiverRun Retro will pay tribute to those who have influenced the medium, and audiences will be exposed to fascinating history and backstory of the art form, as a supplement to our annual springtime Festival. The inaugural event happens tonight featuring special guest Millie Perkins in an on-stage interview by Foster Hirsch. The program will also feature clips from Perkins’ extensive acting career, including her debut role as Anne Frank in “The Diary of Anne Frank.”A reception to follow featuring Hoots Beer Co, McRitchie Winery and Mooney’s Mediterranean Cafe
(8p // $15 / purchase tickets)

@ The Garage
>> Radio Birds with Caleb Caudle and Andrew Leahey
Radio Birds’ sound is simple: Plain-Old Rock and Roll Music with a distinctly hairy touch. Meaning, it is not clean, it is not easy, (or too difficult), and it is not The Next Logical Revival of a Previously Popular Genre From the Seventies. It is what you get when four guys all write music with the basic beliefs that it must be played live, and it must be played everywhere. Each of their songs is different from the others and is balanced by the web of harmonies that entangles the whole group. Everybody sings, and sometimes, you just can’t help but sing along.
(9p – 1a // details + tickets)

@ Old Salem Museum & Gardens
>> Cobblestone Farmers Market
Can you believe that it’s almost time to say farewell to Cobblestone’s outdoor market for 2016? (weep :/) Be sure to head out this weekend to stock up on fall goodness and stroll along the cobblestone streets full of fall colors. Cobblestone’s 2016 Outdoor Market ends on Saturday, November 19th.
(9a – noon // FREEE!)

@ West End Millworks
>> Hoots Flea Market
The flea of all fleas takes over the grounds of West End Millworks Saturday afternoon. Antiques. Handmade. Vintage. Quirky. Plus beer from Hoots and tacos from The Porch. Find more here.
(11a – 3:30p // FREEEE!)

@ Willstella Farm / Kernersville
>> Southern Charm at the Farm
Featuring more than 75 of the area’s most talented  collectors, creators, & upcyclers around. Expect vintage, repurposed, handcrafted and most importantly – local! Food trucks + live music + plus your chance to support passionate artisans just in time for holiday shopping. Find more scoop here.
(9a – 3p // FREEEE!)
@ Divine Llama Vineyards
>> Crafty Llama Craft Fair & Fundraiser
Arts. Crafts. Pottery. Raffles. Music. Wine. Llamas. What more could you ask for? Head over to beautiful Divine Llama Vinyards Saturday afternoon to peruse the goods of more than fourty local artists and crafters and support a great cause, Financial Pathways of the Piedmont.  Founded in 1972, Financial Pathways of the Piedmont delivers professional consumer education, debt reduction programs, comprehensive housing counseling and information on the wise use of credit to all segments of the community to improve their financial well-being. $1 donations will be gratefully accepted and encouraged at the event.
(10a – 4p // FREEEE! (donations encouraged))

@ Delta Arts Center
>> New exhibit! HOMECOMING: Folk Stories On Canvas
This exhibit is the second in Delta Arts Center’s Deep Roots Series of 2016-2017 and highlights 2D works from private collections by folk art matriarchs Ruth Russell Williams and Wanda Clark. The paintings will inspire you to imagine what life must have been like in simpler, slower paced times, unspoiled by the fast-paced demands of present day living.

@ Test Pattern
>> Fem Fest
This benefit show was created to help raise awareness against domestic violence and sexual assault and 2016 marks it’s third official year. Live performances will be happening on the hour from female fronted, dominated or supported bands. Tacos and loads of great drinks, along with a raffle and a VANS merchandise table provided by Mesmerizer Records. All proceeds plus a portion of bar sales directly benefit the Winston-Salem Family Services’ women’s shelter.
(2p – 12a // $5 suggested donation at the door)

@ Muddy Creek Music Hall
>> Jim Avett with Tyler Nail
Jim Avett is the son of a Methodist minister and a classical pianist who grew up in a home full of love and music, a home where he learned the importance of hard work and honest living. As much as he enjoyed writing and performing music, Jim put his family first and spent 35 years running his welding company, building bridges along much of the east coast in order to provide for them. After retiring from welding, he returned to music and recorded Jim Avett and Family, a collection of gospel music, with his children, Bonnie, Scott and Seth (aka one-half of The Avett Brothers) in 2008. Soon after, in 2010, he released Tribes, a collection of original tunes ranging from soulful love ballads like the title track to the more lighthearted, “Fight with a Bottle of Booze”. In Second Chance, Jim’s latest offering, the influences of classic country and early rock and roll are apparent. Once again, he draws on life experiences to write songs about love (“Pictures in the Attic”), boyhood memories, (“Willard”), and loss (“Holy Ground”). The talented Tyler Nail (who you met here) will open the show.
(8p // $15 / details)

@ Hoots Roller Bar & Beer Co
>> Hoots Yogee #2
This Sunday it’s round two of Yoga at the Brewery. Ten dollars gets you a 60-minute yoga practice followed by one delicious pint of Hoots brew. This new event will now happen every.single. Sunday at noon, rain or shine.
(12n // $10 / details)

@ The United States of America
>> Daylight Savings Time Fall Back
This Sunday when the clock strikes 2a it magically becomes 1a. That means an extra hour of sleep (or just more time at the bar).

Covered in mud and 🍓juice... first pick of the season was a sweet success!
You guys. 👋 The Georgia O'Keeffe: Living Modern exhibit at @curatereynolda is ⭐️⭐️⭐️⭐️⭐️ -- More scoop on this + (the return of) weekend happenings now on the B L O G 🌸 #linkinbio
"The creative life (any life, really) is about connecting, too. And it’s a journey. We don’t always know where we are going or how we are going to get there, who will travel with us or when we need to travel alone. We’re connecting the dots. It’s a process and in that process we uncover more of who we are and what our gifts are to this world." Beautiful words from a beautiful spirit whose beautiful thoughts (along with her Top 5 #WSNC Loves List!) are now up on the blog!! Come get to know @jacintavwhite , founder of The Word Project and co-founder of @snapdragonjournal 📝✨ #linkinbio
Always save room for dessert @mozzarellafellas 🍓🍌😋
I've been super quiet here lately... only because I've been a busy gal behind-the-scenes. Today on the blog | I'm spilling the beans!✨✨#makingmoves #linkinbio | 📸 @lindleybattlephotography
Come salute the ☀️ Saturday (5/6) at @oldsaleminc with @rockwateryoga & @yogammunitytribe 🌸 Class starts at 9a. ⏰ $5 donation recommended. 👍🏼Chance to win a year-long family membership! 🎟🎟🎟 Stay for @cobblestonefarmersmarket 🍓
%d bloggers like this: