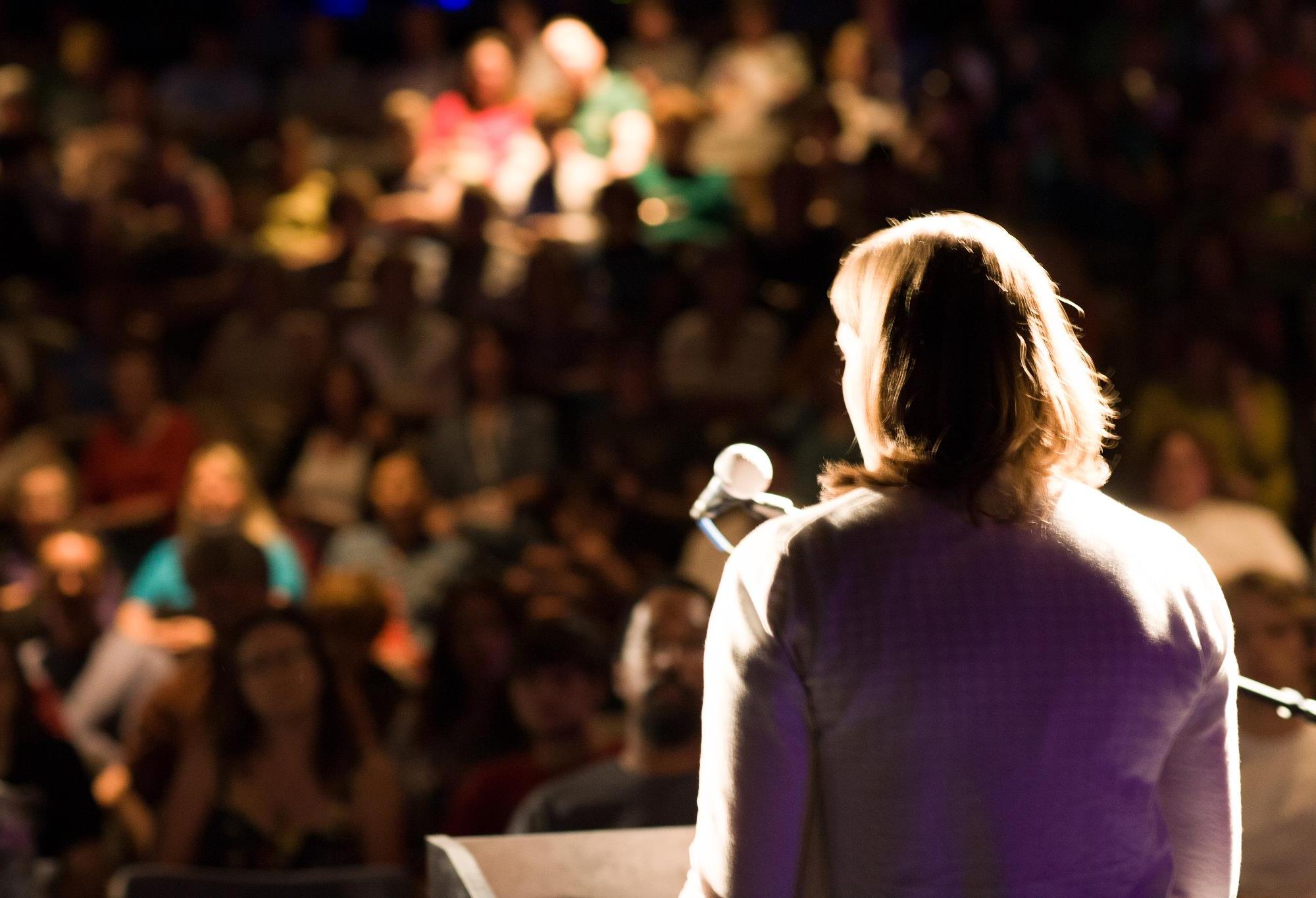 Today’s post is part of our Townies Takeover series! In this series we tap other Townies to share their personal experiences living, working, playing in and around Winston-Salem, North Carolina through their own words and snapshots.

Take it away, Mary…

While I have only lived in Winston-Salem since 2008, my life has really revolved around the town since I was born.  My father worked for Exxon for 29 years and my siblings and I were all born overseas and moved every few years but no matter where we lived, we spent almost every summer in Winston and the Outer Banks. 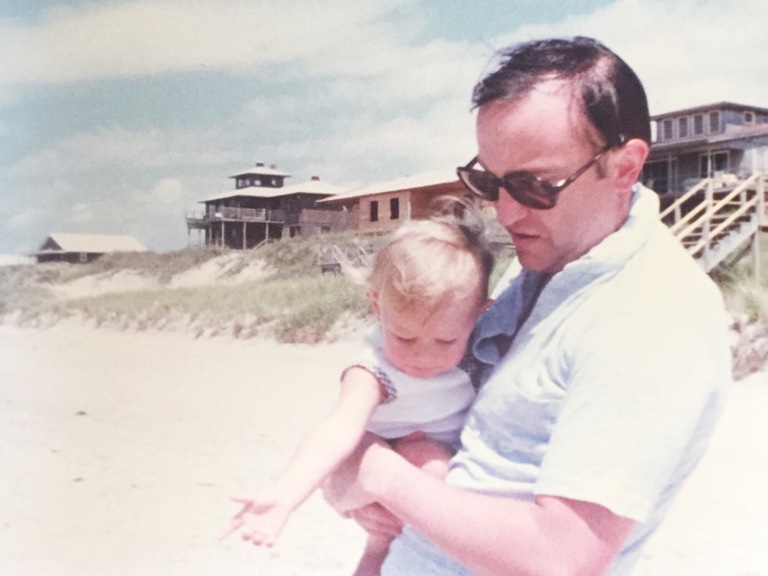 My family has a long history in this town.  My great-grandfather William moved to Winston in his 20s and owned a small clothing store – The Vogue – on 4th and Trade.  He then met my great-grandmother Rillie, who was here teaching at Salem College & Academy.  My grandfather, Lawrence Reid, was born in their house on the corner of Clover and Carolina in the West End in 1917 (just next to where my first apartment happened to be when I moved here!).

My grandfather was very active in the city’s history.  He was in rotary clubs, helped the Chamber of Commerce, the YMCA and even helped build the “new” St. Paul’s church where it stands today.  He went to Wiley and Reynolds High School (as did my mother, brother-in-law and now my nephew).  He married my Canadian grandmother, Eleanor, in 1944 and after WWII they settled down in Winston-Salem.

We spent amazing summers playing at their house in Merimont and spent many lovely weeks at the beach in Emerald Isle.  I loved coming to North Carolina and cherished our time here.  So, no matter how much I moved around (which was a lot), Winston always felt a little bit like home.  Even as an adult, when I made the decision to keep moving around, I always seemed to come back “home” in between each new city – Atlanta, Washington, DC and then eventually London, England. 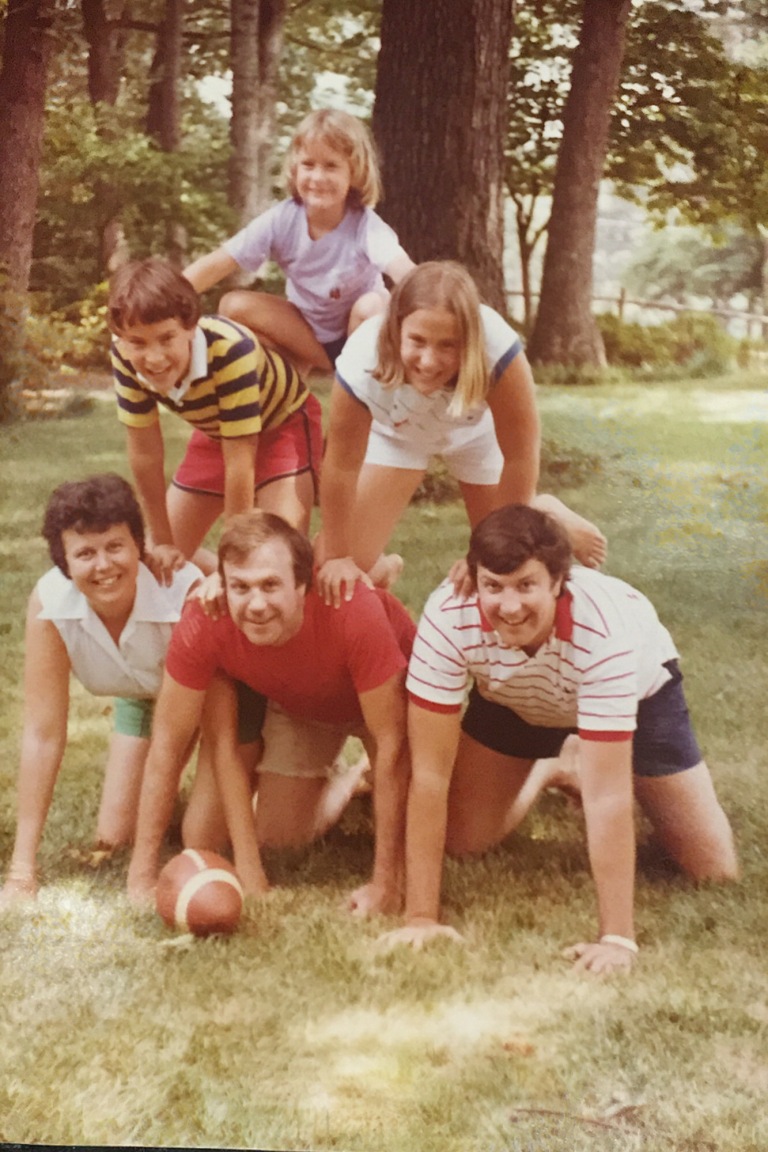 I can’t honestly say that I knew from childhood that film was the career path I was going to take. However,  having an older brother and sister meant I got to see some great movies WAY before I probably was old enough to do so.  When I was getting my degree at Emory University I kept changing my mind as to what I wanted to do.  While I ended up majoring in English, my film classes were always my favorites. It was in those theatres and classrooms that a true love of film emerged – but a career in film would still be many years off.  I had a very circuitous route to RiverRun via jobs at CNN and Turner Broadcasting, a small internet non-profit and even a large DC lobbying firm!

After I went back to school to get my Master’s degree in film at King’s College in London I knew a career in film was what I wanted but I certainly didn’t think it would bring me to Winston-Salem, NC.  My parents had retired here in 1997 and my sister and her family and my adorable nephews were here so after school was finished in London I came here to begin to look for jobs.  A series of informational interviews with Dale Pollock and other UNCSA connected folks my parents knew brought me to the offices of RiverRun.  Honestly, I never thought I would stay in Winston but my job at RiverRun came along and now, almost 10 years later, I am still here and loving it. 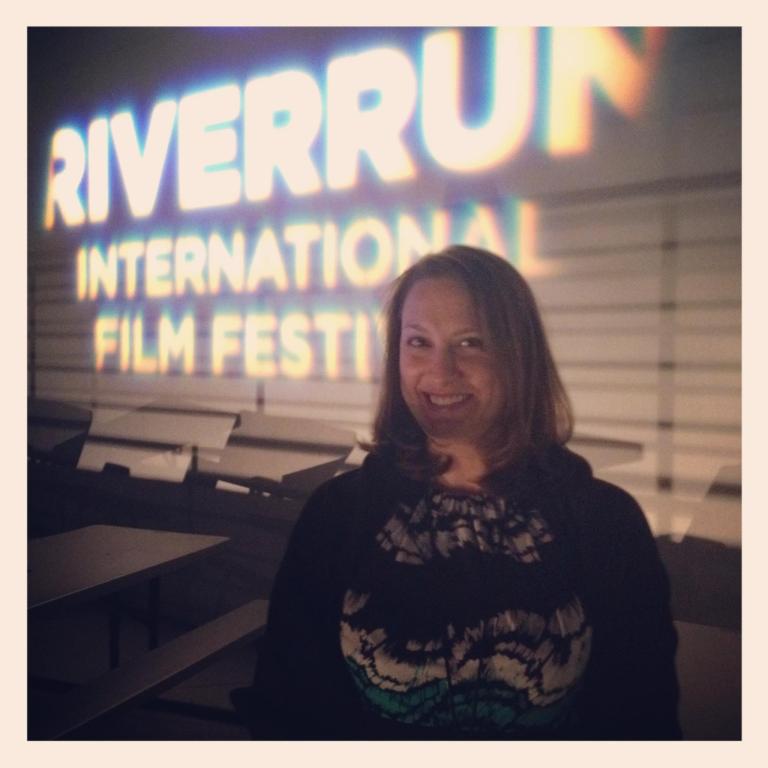 When I began at RiverRun as a seasonal programmer I had no idea what I was getting into but I at least knew how to watch movies and decide if I liked them!  Ah, my Master’s degree at work!  I had to learn quickly since I started in December and my first Festival was only a couple of months later.  So, I learned on the job but had wonderful colleagues to help me find my way.  It was so much fun and honestly, I discovered it was exactly what I had wanted to do (how often does that happen after school?). 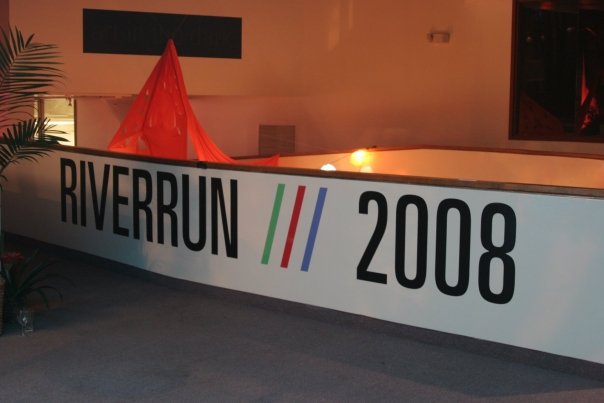 After the first Festival I wasn’t sure that I would be able to stay since it was a temporary position but I was lucky enough to be given a full-time position with RiverRun and was so thankful to be part of the team.  It was a very lean team in those days (only two full-time staff members) and we worked incredibly hard to put on the then 6 day event.  In my time at RiverRun the size of the Festival has doubled, the budget has tripled and we now have eight year-round staff and over thirty seasonal staff members.

So, what does a Program Manager even do?  I actually get asked that a lot!  Basically, my job is to coordinate everything that has to do with the films at the Festival.  Beginning just a few months after the annual festival ends, we begin getting more films sent to us.  The process is to make sure each film is logged into our master system where we record the scores that each film receives from our programmers and from our volunteer screening committee.  This year we had over 1,700 films submitted and the process of screening lasted about seven months.  While a lot of that time is spent in my office or at home watching movies on my laptop, the best part of my job is travelling to other festivals all around the country and even the world.  In my time at RiverRun I have been to the Morelia Film Festival in Mexico, Denver Film Festival, Virginia Film Festival, Silverdocs in DC, Urbanworld in NYC, Toronto, DOC NYC and my very favorite, the Sundance Film Festival in Park City, Utah (last year marked the 10th year I have been there!). 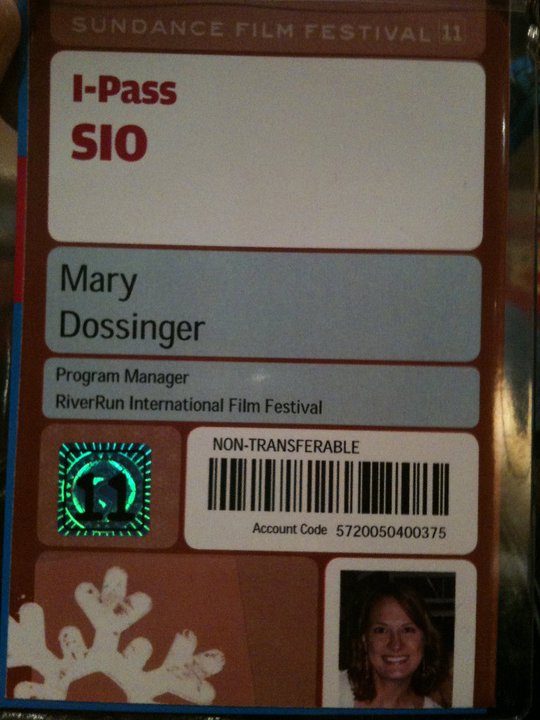 But every year, when the spring comes around, the annual Festival (this year March 30 – April 9) takes place and that is where the real craziness and fun actually starts! 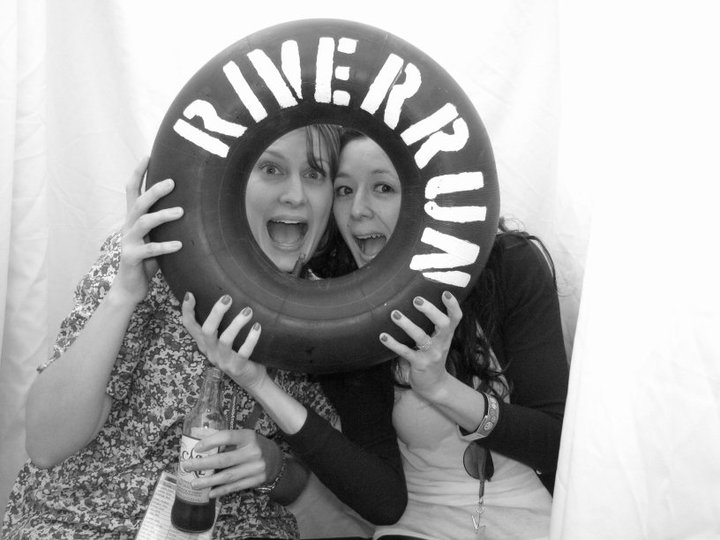 This is when we, the programmers, get to leave our dark offices and join the outside world to tell them what we have been working on non-stop for the past 6 months.  We get to do interviews to finally talk about the fantastic films that we have programmed for the Festival. 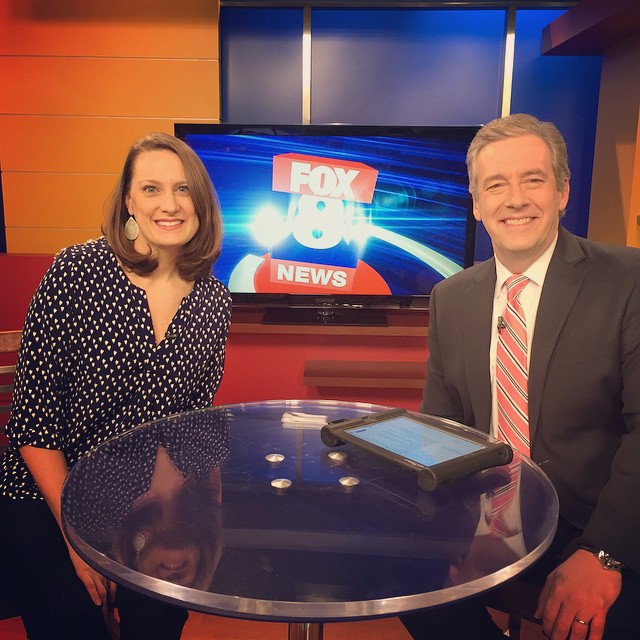 We meet with many local groups around the community to tell them more about the exciting things that will take place over the 11 days of the Festival. And, then when the Festival comes around, we get to meet and introduce to you all the amazing artists who have come to Winston to share their work with you. 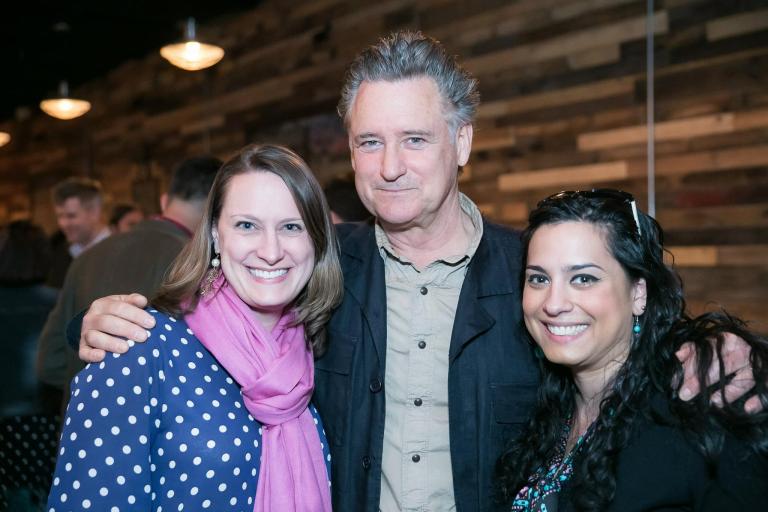 We introduce the films, have fantastic Q&As with the filmmakers and have wonderful conversations with you, the Winston community.  It is a whirlwind of 11 days which takes a lot out of us and definitely makes us all a bit loopy, but I wouldn’t change it for anything! 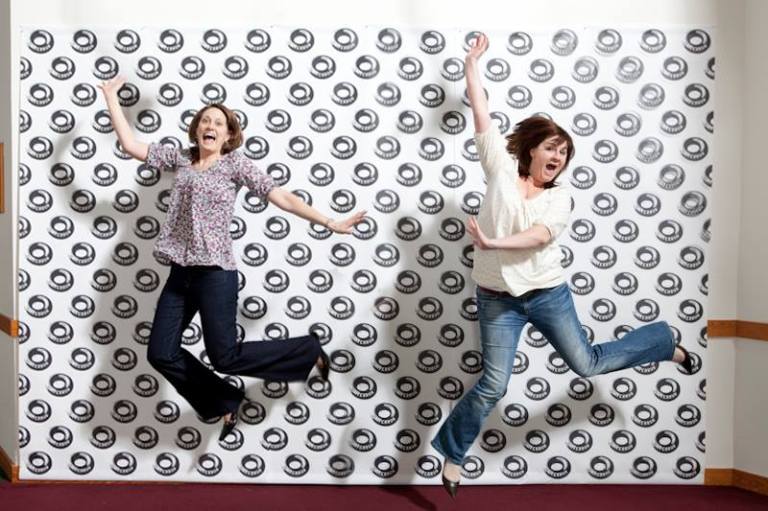 ** For more information on this year’s RiverRun go to www.riverrunfilm.com **