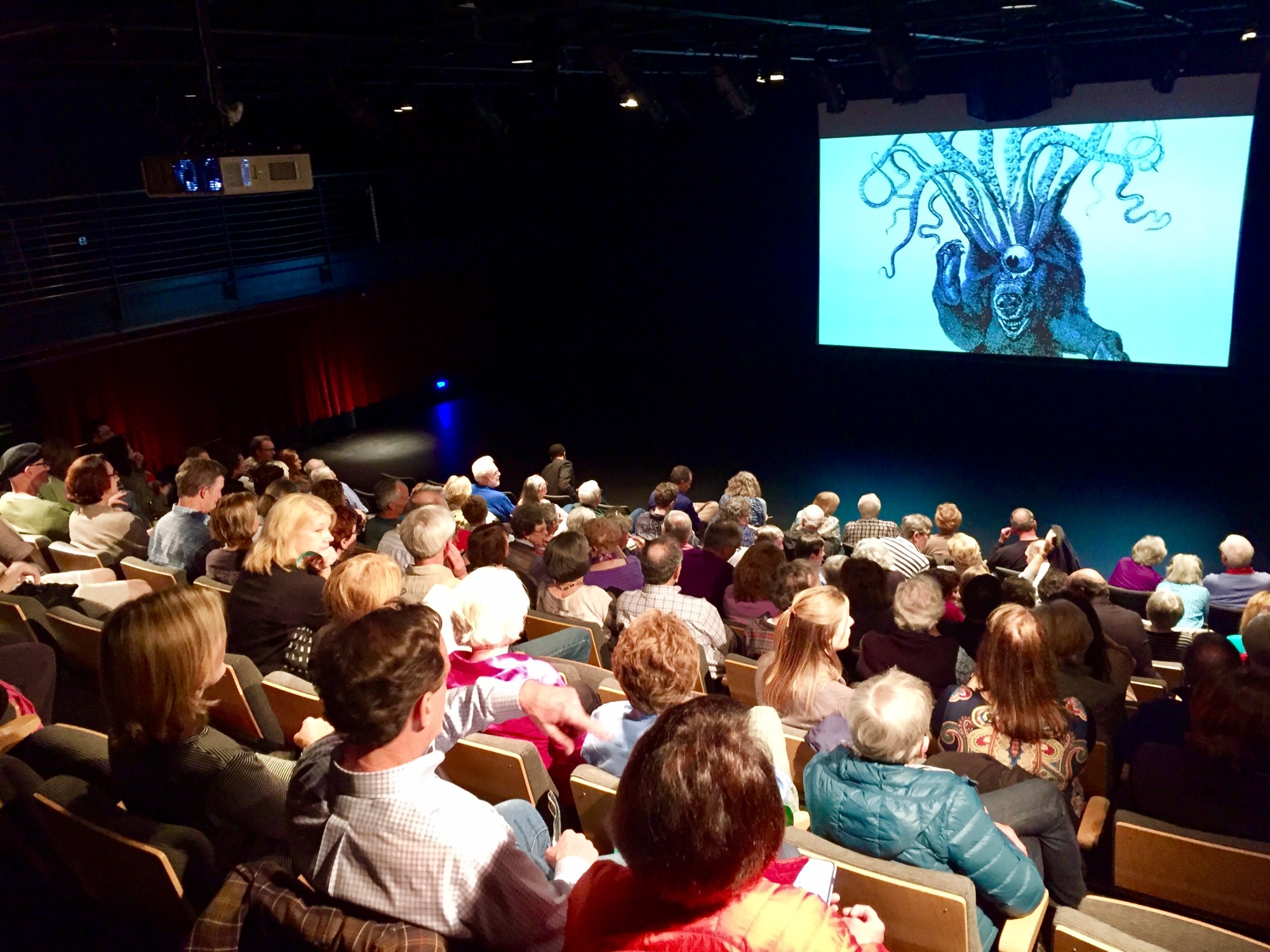 @ Various theaters around town
>> RiverRun International Film Festival!!
Did you know that RiverRun International Film Festival, based right here in Winston-Salem, is one of the premier film festivals in the southeastern United States? Pretty cool, right? This annual festival – which kicks off this weekend – attracts folks from all over country and the world! Visit this site for the full film lineup, special events and more. And check out this awesome 2017 preview clip reel here to get a taste of the more than 150 handpicked films from more than 40 countries. Details

In case you missed it… RiverRun Program Manager, Mary Dossinger took us behind the scenes this week as part of our #TowniesTakeover series! Follow the link to see how she landed this dream job and why she loves calling Winston-Salem home.

@ The Millennium Center
>> RiverRun Film Festival Opening Weekend Party!
Head to The Millennium Center to celebrate RiverRun’s opening weekend and to help welcome filmmakers and industry guests from around the world. Featuring live music by The Plaids, a free photo booth by Mobile Photo, appetizers and desserts provided by Bib’s Downtown, Tart Sweets and All About That Cake.  Details

@ ACE Main Theatre on the campus of UNCSA
>> RUMBLE: The Indians Who Rocked the World
Phuzz Records has partnered up with RiverRun International Film Festival for a special screening of RUMBLE, a feature documentary which features the role of Native Americans in popular music history. The film tells the story of a profound, essential, and until now, missing chapter in American music history: the Indigenous influence. Featuring music icons Charley Patton, Mildred Bailey, Link Wray, Jimi Hendrix, Jesse Ed Davis, Buffy Sainte-Marie, Robbie Robertson, Randy Castillo, and others, RUMBLE shows how these talented Native musicians helped shape the soundtracks of our lives. Details

@ Foothills Brewing
>> HopSwap Half Marathon, 5k and Community Block Party
Kickoff North Carolina Beer Month at the Hop Swap Half Marathon/5k and celebration! Challenge yourself on the hills of Winston-Salem with your choice of a half marathon or 5k. Reward yourself with a premium endurance event experience both on and off the course. Details

@ Gnomestead Hollow Farm & Forage //  Virginia
>> 4th Annual New River Valley Mushroom Cultivation Workshop
Head up to Virginia to hang with our favorite funky foraging folks (and Cobblestone vendors) and immerse yourself in the fascinating Fifth Kingdom – FUNgi! This workshop will provide a comprehensive primer for learning how to grow several varieties of mushrooms using low-cost, low-tech methods in your home, garden and landscaping. Everyone will also take home a GYO Mushroom Kit, The “Gnomegrown Zine”, and enjoy a Gnomemade Feast full of their gourmet fungi and fermented flavas for lunch! Details

@ Arts Council Theater
>> Joseph and the Amazing Technicolor Dreamcoat
Presented by Twin City Stage. “The Biblical saga of Joseph and his coat of many colors comes to life in this vibrant family musical. Sold into slavery by his jealous brothers, Joseph perseveres and, using wit and faith, rises to become Pharaoh’s second-in-command. Featuring unforgettable songs such as “Any Dream Will Do,” “Jacob and Sons” and “Close Every Door,” this delightful musical parable is one of the most enduring shows of all time.”  Details

@ Kleur
>> The Songwriters Lounge
Every month, Kleur features three area songwriters and gives them a venue to share some of their more intimate works, as well as the stories behind them and their experiences as performers and writers. With low candle light, and a casual atmosphere, Kleur invites the audience to bring their own libations and kick back with these musicians. Casual environment. Free, with a suggested $3 donation. Details

@ The Tavern in Old Salem
>> Raising Backyard Chickens 101
Eggs for beginners! At this workshop presented by Colony Urban Farm Store, you’ll learn the basics of backyard chicken-keeping, including chick and hen care, coop requirements, raising organic eggs and other considerations for establishing your own flock. The folks from Reedy Fork Farm & Organic Feed Mill will also be on-hand to discuss feeds.  Details

@ Twin City Hive
>> Celebrating Birthday #3!
On Sunday, one of my most favorite spots in town is turning three big ones! H.B.D. Twin City Hive! To celebrate, they’re serving up free 12 oz cups of their new blend between 11am-6pm. All they ask in return is for you to bring two packs of school supplies which will be donated to area schools and teachers. Details

HAVE AN UPCOMING EVENT?

GIVE US THE SCOOP BY SAYING HELLO HERE.