“I remember exactly when I realized what I wanted to do with my life,” he tells me as we stand in the main entrance of Reynolda House Museum of American Art.

As we talk, a group full of bubbly elementary school students on a field trip walk by. We smile watching the wonder on their faces; we remember being just like them.

Today I’m with Sherman Hart, Winston-Salem native and current director of facilities for the nearly-century-old house turned American art museum. We have just been introduced and immediately I can tell I like Sherman; he’s the kind of guy who tells a good story. Right now we’re in the middle of one that takes him back in time to his childhood home in the early sixties. His family couldn’t afford a painter so he and his brother were tasked with painting a few rooms. “As soon as I painted that first wall I knew it was what I wanted to do.”

Clearly he was serious. Since then, he has painted facilities all over town including Salem Steel, Wake Forest, the Winston-Salem/Forsyth County school system, RJR’s function plant and, in 1995, he landed a project in the home of Reynolda’s then associate director, Elizabeth Morgan. That particular project sparked a conversation that led to him being hired as Reynolda’s director of facilities – a position that, he says, the middle school version of himself never even imagined possible.
It’s hard not to notice the dots connecting him from passionate young painter to career professional in a highly respected art museum. He responds with a warm laugh, “You know I never really thought about it like that. I just come to work each day knowing there is always so much to do.”

He walks me over into the 3,000 square foot gallery in the Mary and Charlie Babcock Wing. Built in 2005, this modern addition also features education facilities, an auditorium for programs, and fine art and archival storage spaces. Right now a few of his favorite fine art pieces are on display. As he points them out, I quietly step back to snap a few pictures. As we talk he leans closer to each piece almost looking as if he’s seeing it for the first time. In reality, he kind of is. Great art can keep touching us in unexpected ways as we move through our lives. 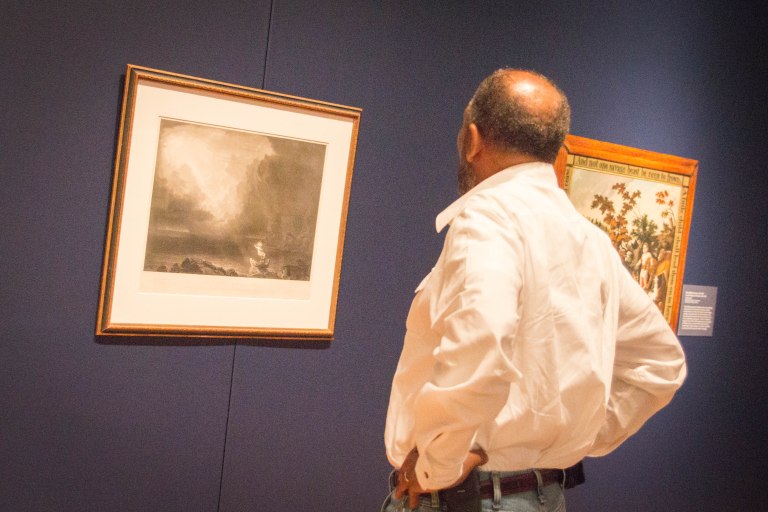 After spending 31 years working for Wake Forest University and then University-affiliated Reynolda House Museum of American Art, Sherman is venturing into a new season of his own life  – an unfamiliar territory known as retirement.
As he talks me through his thoughts on one particular series by Thomas Cole titled, The Voyage of Life (1853-1856) Sherman’s words reflect his inner state. “I guess you could say he’s somewhere he hasn’t been in a long time – kind of like me,” he says pointing to the work. “I was telling my wife, Wanda the other day that it’s like we’re starting all over again after all of these years.”
“So what are you going to do with yourself now?” I joke.

“Well first I’m going to give my house a real nice painting. Take my time. It deserves some care. Life has just been so busy all these years and I haven’t had the time.”

He has spent decades working hard morning, noon and night. Painting during the day, then taking some classes and moonlighting in the evenings all in an effort to provide for his family.  He also makes sure I know how much harder his wife Wanda worked raising their family and keeping things moving at home.

“And then, after I finish painting our house,” he adds with a big smile. “I’m going to get myself a canvas and paint and just see what happens.”

His words warm my heart: You can’t help but want to celebrate someone who has paid their dues (and then some); this is his time to simply rest and create.

Although it seems Sherman is much more into creating than resting; for him, there is always more to learn.
“Everything I know I learned on the job,” he tells me as we walk through the back hallways of the restored 1917 Reynolds mansion. He walks me through the inner workings of the home as he tells me about how he loves to solve problems as they pop up; he’s become the go-to when things need correcting on the fly.

“Sometimes the real issue is not staring you in the face. You have to follow the trail way back to the other side of the house or down into the basement and fix it there.” There are no instructions; there is no master plan.

As we talk plumbing and wiring and things of that sort, his words speak to me in an unexpected way. I later think of the many quiet mornings I have spent running the wooded trails that surround the historic Reynolda district. There is something therapeutic about being on these grounds; it has always helped me sort through the challenges that forever creep up in life. Without fail, by the time I end my run through the gardens, around the museum, through the woods by the former Lake Katharine and back into the historic village that connects Wake Forest University to the estate, I find my answer to the issue at hand. Reynolda reminds me that life has gone on before me and will continue on after me. It makes me feel like a character in a much bigger story in the best kind of way.

“So what have you learned about yourself after 31 years here,” I ask. “Well apparently I’m laid-back. Everyone tells me that and I never ever thought that about myself. I always saw myself as the go-getter, you know, the life of the party. But apparently I’m easy-going.” We laugh. 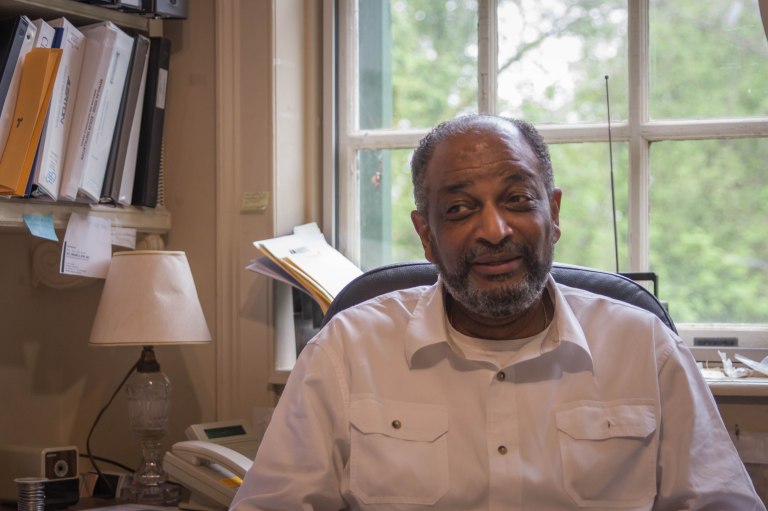 I can see that – all of that. Sherman has this ease about him. The kind of ease that comes from challenging yourself a little each day, staying curious, living your days with a grateful heart and being comfortable with the unknown.

During our time together he shares a few other pieces that have stood out to him during his tenure here. He talks about these works in a way artists appreciate most – from the heart.

Lee Krasner’s, Birth (1956) always has him looking closer and he sees something new every time he passes it on display. Worthington Whittredge, The Old Hunting Grounds (1864) makes him feel nostalgic; it reminds him of his childhood and growing up in Winston-Salem.

As we end the behind-the-scenes tour, we talk about the reach and impact the Reynolds family has had on this community. 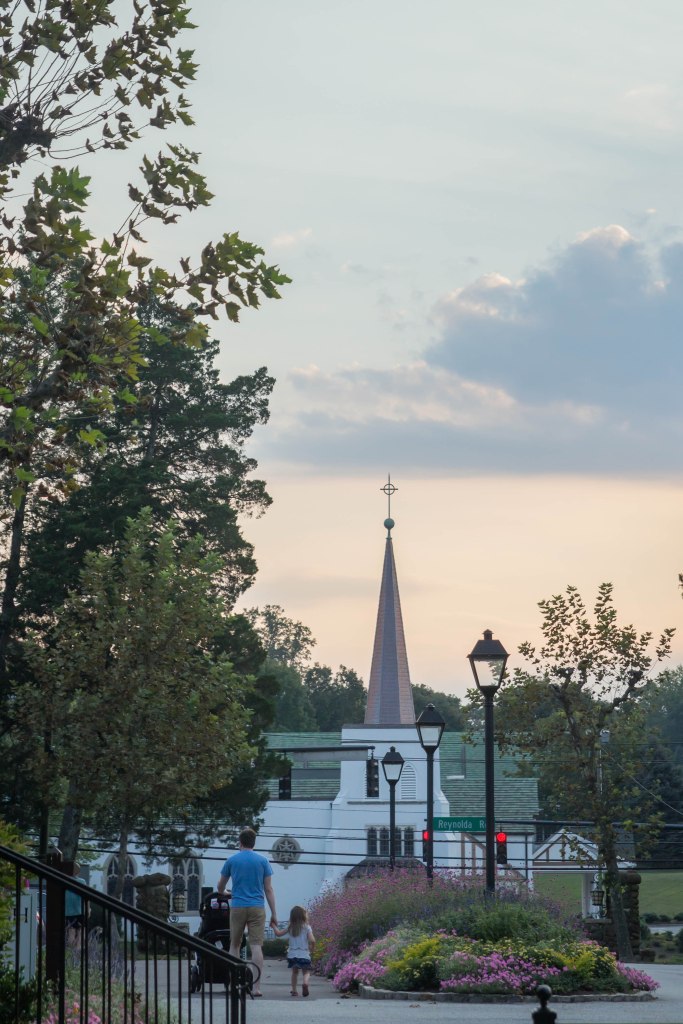 Like many locals, many of Sherman’s friends worked in the factories for RJR Tobacco Co. but that kind of work never interested him. Ironically, he ended up connected to the company and legendary industrialist himself in a much more intimate way – dedicating his career to maintaining the Reynolds family home in a way that ensured it could continue to function for many years to come just as its original owners would have wanted. And it seems that in return, Reynolda has changed the way Sherman sees himself forever. 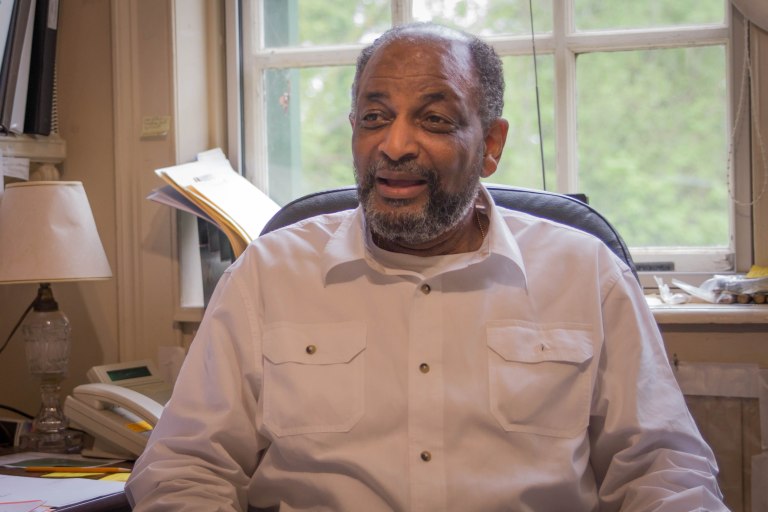 Editor’s Note: The Museum is collecting stories like Sherman’s as part of Reynolda’s centennial year celebrations. Reynolda’s history is all about its stories – of the family who lived there, the people who have worked there, and the thousands of visitors who have made memories there. And Reynolda wants to hear your story, too. What is your favorite spot in the house? Describe the first time you saw The Andes of Ecuador. Tell about the picnic you had with your family on the lawn. Share your Reynolda memory by emailing reynolda@reynoldahouse.org, posting on social media with the hashtag #myreynolda, or calling their story line at 336.758.3138. They’ll be sharing them online all year at reynoldahouse.org/100.